The Psychology of Emotional First Aide

The aftermath of this Pulitzer Prize Winning photo (Josh Haner, Times) of Boston Marathon bombing victim Jeff Bauman, the innocent young man standing at the finish line to cheer on his girlfriend was that he was among three dead and 260 other injured along the marathon's route.

The anticipation of another attack makes us all prisoners in our own homes. The land of the free now comes with a deadly cost. Propaganda campaigns through social media, the eye that never blinks, reveals the disturbing undertone that rocks our sense of security. Life seems out of control.

Another disturbing phenomena emerges as the perpetrators of these senseless crimes were all young people just like you and the media portraying them as Rock Stars.

Members of a new generation who were supposed to be filled with hopes and dreams now succumb to their doubts, fears, stresses and anxieties.

All was lost forever in one emotionally explosive moment in time. Images of the dead and dying, red blood splattered across blacktop gave rise to emotions of fear and anxiety. An illusion of a once predictable, safe, stable world was gone in an instant and that a threat of death exists and can come at any time became reality.

Young people in search of a self-identity joining radical groups like ISIS who commit crimes against humanity and broadcast it on the internet.  Communal distrust, alienation and isolation fueled by anger reveals an unfeeling sociopathic mentality in these criminals, permeating the consciousness of many in this new generation.

People are resilient and by reaching out you can create sense of communal security to help find meaning in life again despite the trauma of that fatal day. Humanity needs a hand so pay if forward and offer yours in time of need.

“When words become unclear, I shall focus with photographs. When images become inadequate, I shall be content with silence.”

“When words become unclear, I shall focus with photographs. When images become inadequate, I shall be content with silence.”

Fear of terror now blinds our ability to hope, to dream, and to see a life where everyone is safe and secure anymore.

The Illusions of American invincibility, a source of our national identity now seems fragile.

Powerful emotions motivated by fear give rise to stereotyping where you have a tendency to identify anyone of Middle Eastern descent as a terrorist whether they are or not. 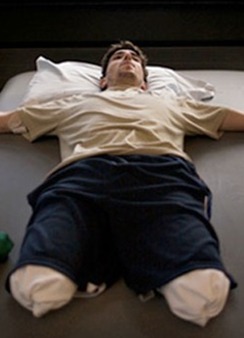